Recently I came across an issue were multiple HP systems that had a fresh install of Windows 10 Pro 1703 from a known working ISO and then upgraded to 1709. Once on 1709 the audio drivers wouldn’t work at all and if you tried to install the correct driver from HP it still wouldn’t fix it. Even manually specifying the correct driver wouldn’t fix it. It’s possible that this issue isn’t solely linked to HPs, however they are the only ones I’ve seen with this issue so far.

I’ve noticed this issue on the following HP systems:

Device manager will either show one or two drivers under system devices as having issues and no devices will show up in playback devices. 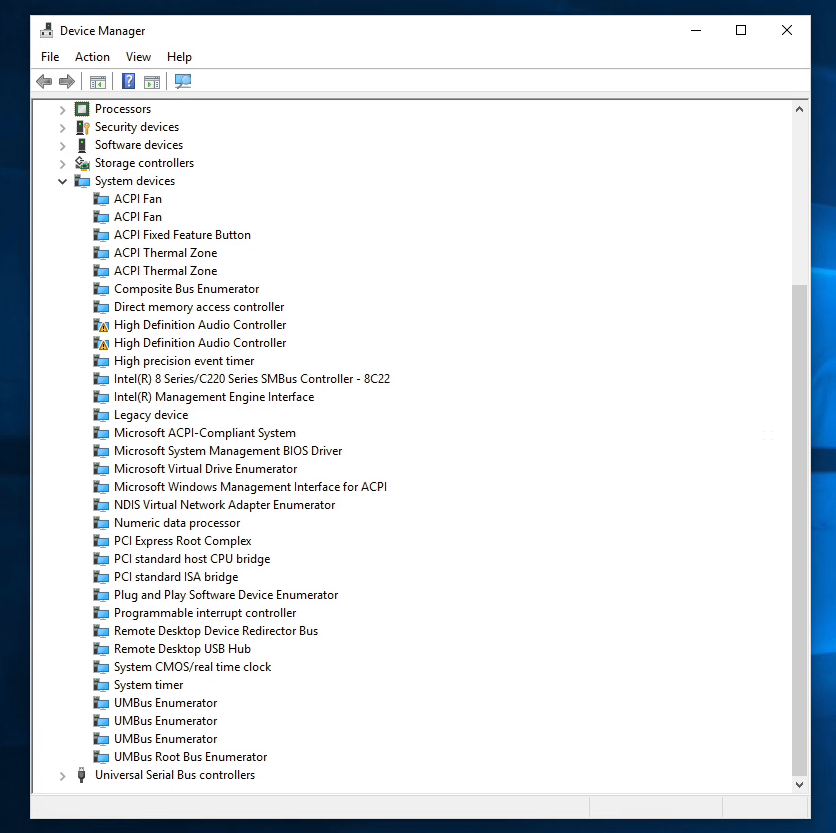 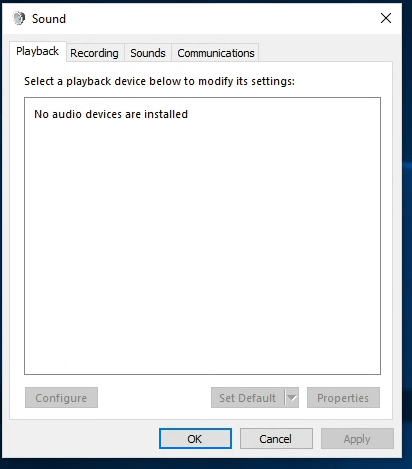 The issue seems to be that the Windows thinks the High Definition Audio Controller is the correct driver when it’s not. Uninstalling the devices from device manager doesn’t work either. I think it’s because the registry basically has the drivers hardcoded. What I think is happening is that Windows sees the audio device’s hardware id and then matches it against the registry and the registry points it back to the same problematic driver .inf file, so you end up in an endless loop of always installing the same driver.

The fix is amazingly simple, you just need to delete the HDAudBus key from the registry which is located at HKEY_LOCAL_MACHINE\SYSTEM\CurrentControlSet\Services\HDAudBus

If you’re not comfortable deleting things out the registry I highly recommend that you backup the key before deleting it and even creating a system restore point. As you can really mess up Windows if you delete the wrong thing. I am not responsible for any damages you cause to your system.

Once you delete that key and reboot, Windows should just pick up the correct driver automatically. In the event that it doesn’t just download the drivers from HP. You’ll need the Intel HD Graphics driver as one of the audio drivers is for audio over HMDI or DisplayPort. The second driver you will need is the Realtek Audio driver which manages the audio for the headphone jacks.

If you make a .reg file with the code below you can just run the .reg file and it will delete the registry key for you.

After you’ve applied the fix device manager should now have two devices under Sounds, video and game controllers, the High Definition Audio Controller will no longer display an error, and you’ll see one or two devices in your 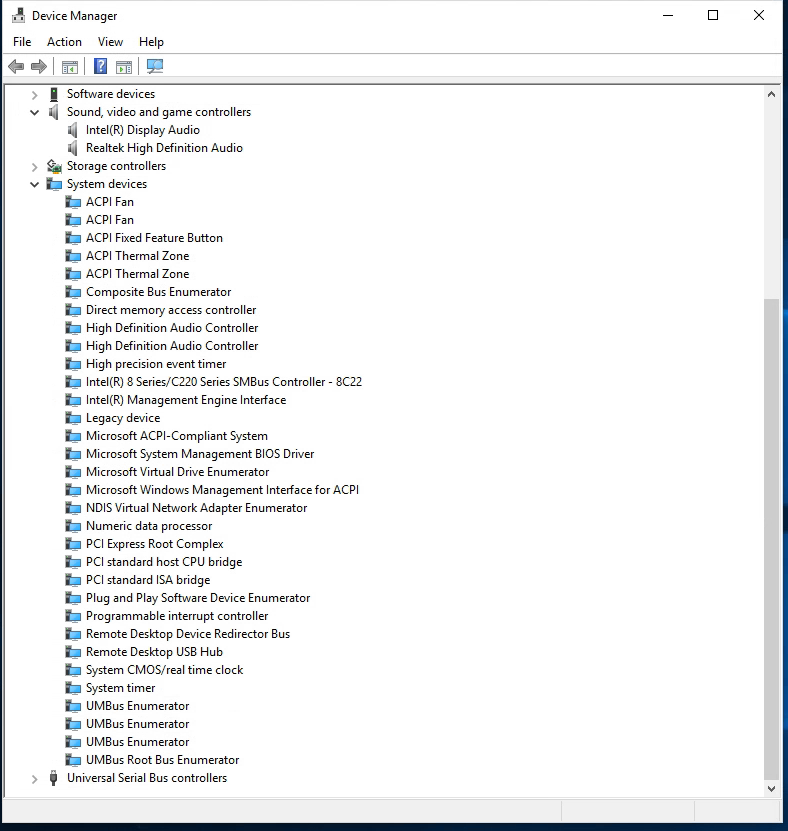 If you’re curious about the registry key you are deleting here’s an export of the problematic HDAudBus registry key. (the contents of the key will vary per system but at the core it’s still the same)

One response to “HP Audio Fix”

this completely fix the issue I was having with the brand new HP Prodesk G6 I have!!!