A friend of mine found a pin on pinterest on how to make some bacon breakfast cupcakes and requested that I try it out. Here is how it went down.

In big bowl throw the shredded hash browns, oil, salt and pepper and mix it all up. Make sure to divide the mixture evenly among each of the foil lined baking cups that are already placed in a muffin pan and press down lightly.

Bake the hash browns in the oven for about 45 to 50 minutes or until they reach a golden brown state.

In the mean time grab another bowl and throw the eggs and milk in it and be sure to beat them. Next stir in the bacon and cheese. Once the hash brown have baked for 45 to 50 minutes remove them from the oven and grab a 1/4 cup measuring scoop and press down hard over each of the cooked hash brown to squish them down to form a nice bottom for the bacon breakfast cupcakes. Once you are done use the mixture you made while you were baking the hash browns and scoop a little bit less than 1/4 cup into each muffin cup.

Now return them to the oven for about 13 to 16 minutes or until the egg mixture is cooked. You can check by sticking a toothpick in the middle of the bacon breakfast cupcakes, once the toothpick comes out clean you will know that the egg mixture is cooked. Now you can remove them from the oven. I would advise that you let them cool a bit as they will be a bit hot. Let them cool for about 5 minutes.

Now you can sit back and enjoy your creation.

Here is a YouTube video of me making them. 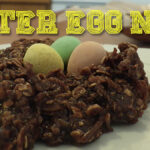 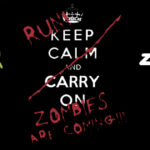