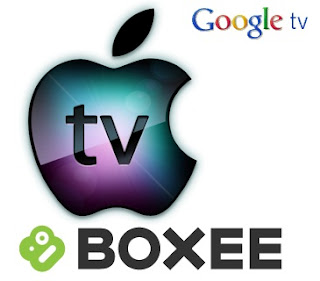 A few days ago Google announced Google TV. You can read more about Google TV here. The Google TV idea is an old one, there are already devices that can do the same thing that the Google TV will do. For example Apple TV. The Apple TV would be a better solution for people who already have iDevices and have bought movies and/or music in iTunes. More about the Apple TV here. Another example of a devices that already does the exact same thing that the Google TV will do is Boxee. Boxxe is an open source solution that can be used on any Windows, Linux, Mac computer, and you can even hack install it to an Apple TV. More about Boxee here. The only major difference is that the Google TV will be built in to some TVs and will be able to browse the internet, and from the sounds of it, it will have the Google app store on it. The only way as of right now I would consider buying a Google TV is if they make it 3D and have gesture recognition now that would be cool.